A timeless photograph by Ansel Adams 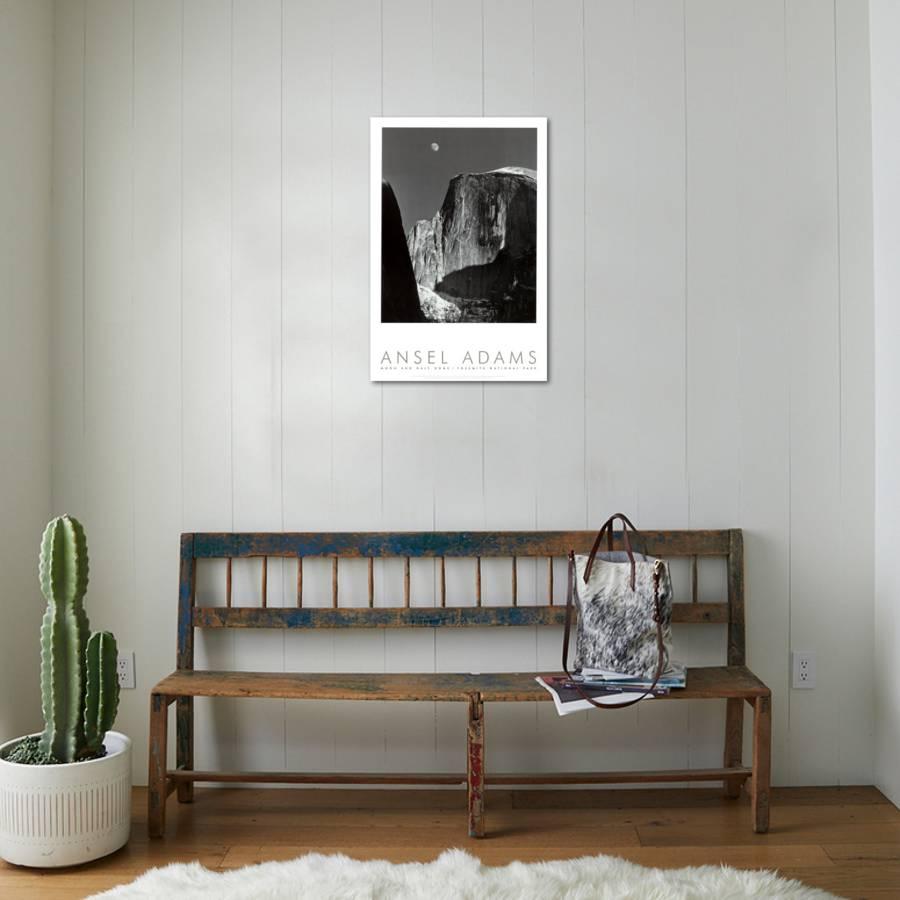 A portrait of a vertical dominating 2000 foot cliff against the backdrop of a dark gradient sky, and under the glory of an omnipresent waxing gibbous moon. Coloured in black and white, and seemingly all the shades in between, and rich in striking contrasts, Ansel Adams’s Moon Over Half Dome has been etched in the collective memory of many. This immortalized scene from Yosemite National Park is a quintessential transcendentalist Americana image that invokes a sense of natural beauty and also of sublime formidability.

One of America’s most revered photographers, Ansel Adams was born in 1902 San Francisco following the years of the closing of the great American Frontier. He was a pioneer to a new wave of photography in the 20th century that was breaking away from Pictorialism. This revolution was a modern alternative to mimicking borrowed techniques from panting, and was coined Pure or Straight Photography-- photography, without any pretension, just being photography. Adams would try to capture not only physical and visible images, but also reproduce what he would see in his “mind’s eye”. He would capture fleeting moments along with its associated emotions during his hikes in Yosemite Valley and the Sierra. He would express feelings of utmost clarity and belonging almost on a spiritual level when he was out in the American wilderness.

Ansel Adams’s mastery lies in his magic in the dark room for he was an aesthetic as well as technical genius. In Moon Over Half Dome, he used Zone VII of his famous Zone System and a light meter. Here, the moon is three dimensional and portrayed in its complex textures. He applied a strong orange filter to make the sky darker than it actually was, providing the luminous moon with a dramatic contrast. One cannot help but feel humbled or insignificant, and at the same time as though they are a part of a vast, indomitable, and beautiful world.

Buy this beautiful work to decorate your home.