Out of the 143 paintings that spanned across Frida Kahlo's short life-time, 55 of them were self-portraits.

A petite and slender frame, rich almond-toned skin, jet black hair parted in the middle, doe-like eyes, a slight mustache, and the veritable monobrow—the unmistakable image of Frida Kahlo has become etched into the minds of many and with good reason. Out of the 143 paintings that spanned across her short life-time, 55 of them were self-portraits. However, Kahlo’s propensity to paint herself is not an instance of narcissism but is indicative of something much deeper that is worthy of appreciation. 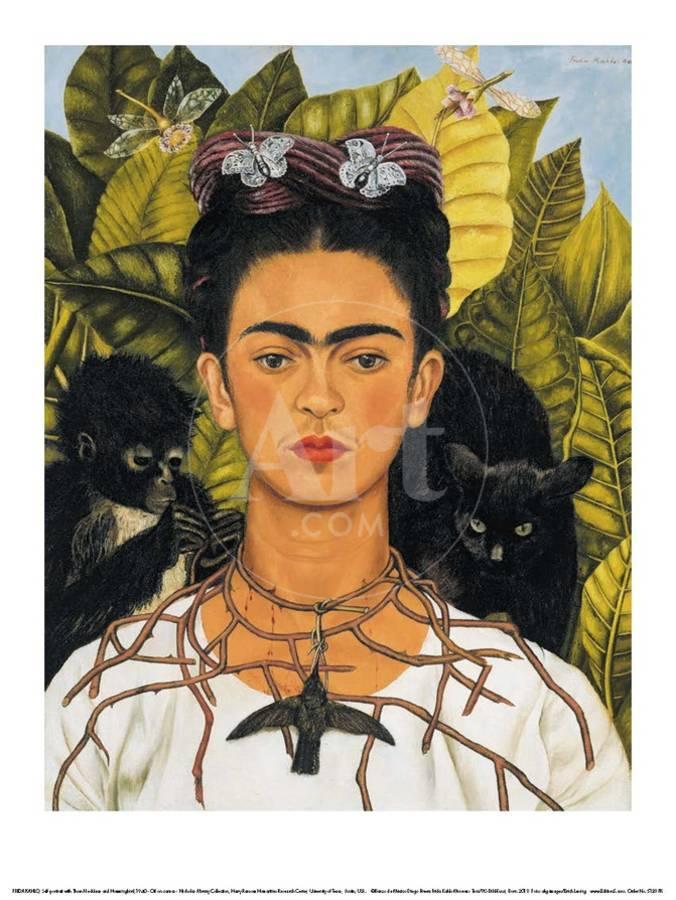 Born to German and mestiza parents on the cusp of 20th century Mexico, when the nation was heading toward civil war and revolution, Kahlo was sick for most of her life. She contracted polio at the age of 6 and met with a terrible bus accident at 18. Both of which would affect her all her life and lead to the artist’s untimely demise at age 47. It was only after the accident where a handrail impaled her through the pelvis (among other injuries that required many surgeries) did she start painting. Kahlo was bed-ridden and a mirror in her bed’s canopy forced profound introspection, giving way to the subject of most of her paintings-- herself.

Kahlo was plagued all her life by the infamous bus accident. The doctors recommended that she wore a metal corset. In the painting we see a lone Frida Kahlo in front of a barren and desolate backdrop. Her torso is split open and held upright by a cold and invasive metal column. There are nails piercing her flesh and she has tears cascading from her eyes. Yet she looks on, straight and with conviction. The painting is raw, confrontational and empowering, showcasing her incredible ability to sustain herself in midst of pain and disfigurement. For Frida Kahlo, this was her therapy. In 1922, Kahlo met the artist Diego Rivera with whom she shortly started a tumultuous and volatile relationship. They married in 1929 when Kahlo was 22 and Diego 42. Although her parents were not thrilled, referring to their union as a “marriage between an elephant and a dove", Frida loved him to an obsession. To Kahlo, Diego was her “child”, “lover”, and “universe”. They could never have children due to Frida’s ill health, resulting in miscarriages. Diego was “unfit for monogamy”, a claim backed up actual doctors, resulting in heartbreak and disillusionment for Kahlo. After they separated, she morphed into a new (and temporary) version of herself.

Out of spite, she cut off her long hair which Diego loved about her and stopped wearing the Mexican outfits that he so desired. This was a pivotal time for Kahlo as she created very characteristic paintings and delved into polygamy. However, Frida and Diego remarried only a year later and stayed married till her death in July of 1954.

What sets Frida Kahlo apart from many other artists is the way she continually painted herself as a means of self-reflection and endurance to the point where it is autobiographical. This gave her full control of how she was and is perceived. Kahlo’s paintings are rich with allusions of Christianity, animals, and the bold and vibrant colors of Mexico, creating a whole new genre of art that she described not like Dali’s “surrealism” but as her “reality”.